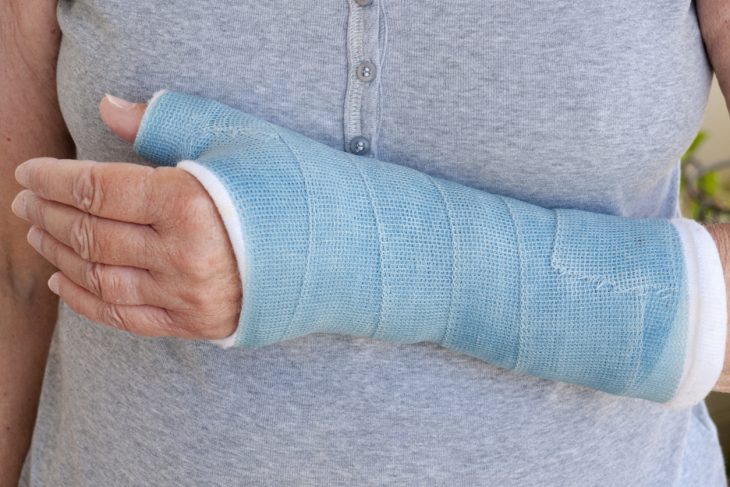 Broken Wrist? Here’s What You Need to Know

A broken wrist (also called a fractured wrist) can happen to anyone at any age, although aging individuals with thinning bones (osteoporosis) are most often at risk. Dr John Froelich an orthopedic surgeon that specializes in hand and wrist injuries at Panorama Orthopedics, sees patients for fractures caused by everything from mountain biking and snowboarding to slipping on ice or falling from a ladder. Breaks often occur when people extend a hand backwards or forwards to catch a fall. There’s even an acronym for that – FOOSH or falling on an outstretched hand.

An X-ray can usually confirm whether or not your wrist is broken or simply sprained. The most common symptoms of a fracture include severe ongoing pain, swelling near the wrist, tenderness, stiffness, numbness and an inability to move your wrist or thumb. In some cases, the fracture results in an obvious deformity such as a bent wrist. Although there are many different types of fractures, Dr. Froelich says treatment depends upon whether or not the fracture is non-displaced or displaced.

Non-displaced fracture: refers to a break in which the bones stay in their original position. These types of fractures are most often treated with a cast to keep the bones stable as they heal. During treatment, patients need to be monitored closely with X-rays (usually every two weeks) to ensure the fracture hasn’t shifted. (If the break does shift, your doctor may recommend surgery.) Generally, it takes six weeks for the bones to knit together before the cast is removed. After eight to ten weeks, patients can return to all of their normal activities, including more extreme sports such as snowboarding, mountain biking and rock climbing. Within three months, the wrist generally regains its full strength and within six months it should feel normal again.

Displaced fracture: refers to a break in which the bones have shifted out of place. These types of fractures often require surgery to reposition the bones so your wrist heals straight. In the vast majority of cases, surgery involves making an incision on the palm side of the wrist, aligning the bones and then fixing them in place with an ultra-thin plate secured with tiny surgical screws. Surgery typically takes about an hour to an hour and a half and doesn’t require an overnight stay. The plate won’t trigger airport security systems and is undetectable under your skin. Dr. Froelich points out that he does not typically remove the plate once the bone has healed because it’s not worth the increased health risk or added cost to the patient. Surgery follows the same general healing timeline as casting, which is six weeks to heal, three months to regain full strength and six months for the wrist to feel normal again. In extreme injuries, such as those sustained in a car accident, your wrist may always feel slightly different.

For both types of fractures, Dr. Froelich advises that his patients only use the injured hand for light activities while healing (no lifting items over five pounds) and that they take 500 mg. of vitamin C for fifty days to support soft tissue healing. Dr. Froelich also makes it a point to get to know his patients as people and to partner with them in their care. “We look at the X-ray film together and come up with a treatment plan as a team,” Dr. Froelich says. “I don’t simply tell my patients what to do. My goal is to explain each treatment option and answer every question so we can make a decision together on the best plan for them.”