Peter N. Lammens, MD, FRCS(C) is a Fellow of the Royal College of Physicians and Surgeons (FRCS) of Canada. He graduated from Queens University in Ontario and earned his medical degree from the University of Toronto. Dr. Lammens completed his residency in orthopedic surgery at the University of Western Ontario. He completed a total joint and trauma fellowship at the Dalhousie University in Halifax, Nova Scotia under Dr. Ross Leighton. Dr. Lammens has a special interest in orthopedic trauma, joint replacements.

Dr. Lammens grew up in Brockville, Ontario – along the St. Lawrence Seaway and moved to the States in 1998 to join Panorama Orthopedic and Spine Center. He specializes in hip and knee replacement, including partial and total replacement and is a sought after expert in revision surgery.

“When I was in 10th grade, my sister was in elementary school and spent 3 – 4 months in the hospital with a bad hip. I visited every day and it was that experience that left me interested in becoming an orthopedic surgeon,” said Dr. Lammens. He finished school and training in Canada then worked in Windsor, Ontario as a general orthopedic surgeon – treating backs, knees, and hips.

Dr. Friermood, who at the time was the President of Panorama Orthopedics, was friends with Dr. Russ Layton, a world-renowned trauma surgeon from Halifax. Dr Lammens had completed his orthopedic trauma training with Dr. Layton and he was subsequently recruited by Dr. Friermood to come to the United States and work at Panorama Orthopedics as a trauma, spine and joint surgeon. He was the 7th doctor to join Panorama.

Orthopedic trauma surgeons are well versed in the very toughest and most difficult cases. Joint Replacement as a specialty is very similar and operates with a similar skill.  Dr. Lammens is on-call for trauma at St Anthony’s Hospital where he treats the most complex and urgent orthopedic cases, including those patients who come in on Flight for Life from around the region.

When Dr. Lammens in not at work, he loves to be active and enjoy the outdoors! In college, he was a football player at the University of Toronto. With his roots in Canada, Dr. Lammens is a long-time hockey player. He started as a kid and today plays in an adult hockey league in Colorado. An avid and accomplished skier, Dr. Lammens would be found skiing the moguls and the back bowls. He grew up sailing and till enjoys that today, when he finds his way back to the water. He is also learning kite sailing. In addition, to all his athletic endeavors, Dr. Lammens also plays the piano. 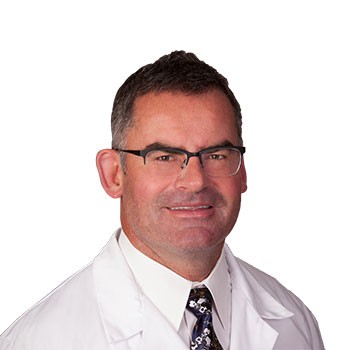 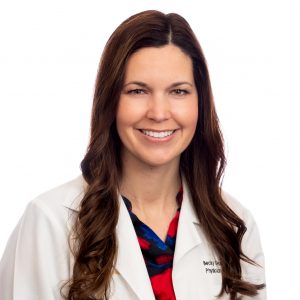 Becky grew up in Broomfield, CO and completed her undergraduate degree at the University of Colorado. She went on to PA school at Nova Southeastern University in Fort Lauderdale, FL where she graduated l in 2014. In her time there she completed five surgical rotations – three of which were in Orthopedics and two were at Panorama Orthopedic and Spine Center. Becky works with the joint replacement doctors at Panorama, specifically Dr. Lammens and Dr. Peace. When she is not working, Becky enjoys tennis and golf, wind surfing, being outdoors or in the mountains. She is big sports fan and especially likes college football.