Our classes are informal, free and open to everyone. They offer an opportunity to meet the doctor and always include time for a question and answer session where you can ask specifically about your interest or concern. Our educational classes are a great way to learn more about feeling great and doing more – no matter what your age!

When new things happen at Panorama Orthopedics & Spine Center we’ll let you know. You can connect with us on Facebook or Twitter or check in on our Blog – we are interconnected and have one goal in mind – to keep you up-to-date on the latest orthopedic news at Panorama. Whether we are expanding our facilities, adding new doctors, offering new procedures, providing free sports physicals, running our free bumps and bruises clinic or partnering with new organizations to bring you new services, you’ll find out about it here first.

We will have a phenomena l day raising funds to benefit the Porter-Billups Leadership Academy, who provides academic and leadership training to at-risk inner city youth. The academy partners with Regis University and is committed to offering graduates of this program the opportunity to attend college through scholarships.

If you are interested in sponsoring the tournament to help raise money for this great organization, please email or call Chrissy Nicholson at cnicholson@panoramaortho.com or 763-670-2537. 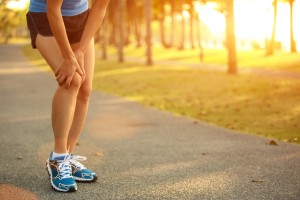 The disparity has been the subject of several research studies, and it appears several factors contribute to the increased incidence of injury among women, including hamstring strength, as well as weakness in the gluteus medias and external hip rotators. The good news is there are proven techniques for reducing the incidence of these injuries.

The ACL is a major ligament located in the middle of the knee. One of its functions is to help stabilize the knee during rotation. However, male and female athletes put different stress on the ligament when pivoting or landing from a jump, said Dr. Tim Lehman, a sports medicine specialist at Panorama Orthopedics & Spine Center.

Women also have a narrower notch in the distal femur, the bone just above the knee joint where ligaments come together, so there is an increased risk of the ligament getting trapped or pinched when the leg is fully extended. There also appears to be a relationship between ACL injury and hormone fluctuations during a woman’s menstrual cycle, though that relationship isn’t completely understood.