Ronald Hugate, M.D.,, FAAOS is a board certified orthopedic surgeon who specializes in orthopedic oncology, hip preservation, complex joint reconstruction, and limb salvage. Dr. Hugate is considered a leader and innovator in the treatment of complex orthopedic problems. Dr. Hugate treats patients with forms of complex orthopedic problems that most others cannot, from cancer to prosthetics and everything in between. He enjoys the challenging and complex cases that allow him to utilize his extensive training and research. He loves the reward of seeing patients who have nowhere else to turn back on their feet and feeling better in life after treatment!

Dr. Hugate is committed to the betterment of orthopedic care today and for the generations to come. He passes on a legacy of intellectual curiosity and desire to help others through teaching young people. As an adjunct associate professor of mechanical and materials engineering at the University of Denver, and clinical faculty at the Rocky Vista University School of Medicine, Dr. Hugate enjoys inspiring and training the next generation of engineers and physicians. Through this collaboration with educational institutions, Dr. Hugate stays actively involved in researching ways to improve osseous and other bio-integrated implants, the medical and surgical treatment of bone cancers, and joint reconstructions.

Dr. Hugate has authored and co-authored several scientific articles and a patient guide to joint replacement called “The Handbook of Hip and Knee Replacement Surgery: Through the Eyes of the Patient, Surgeon, and Medical Team!”. He and his work have been featured on numerous television and radio programs that include local news stations, public radio, The Today Show and even ‘Animal Planet’.

In addition to his commitment to excellence in orthopedic surgery, Dr. Hugate is also committed to service. He has participated in multiple medical mission trips to aid underserved populations of the world. Most recently he went to Haiti in January of 2010 following the devastating earthquake. Dr. Hugate has also proudly served our country as a Lieutenant Colonel in the United States Army reserves where he has been deployed 4 times (including deployments to combat hospitals in both Afghanistan and Iraq) in support of our troops. For his efforts in the Army, Dr. Hugate has twice been awarded the Army Commendation Medal.

Dr. Hugate is married and lives with his family in the Denver Metro Area. He hails from Virginia where he was born and raised in Williamsburg with his two brothers. He enjoys spending his free time with his wife and children. Other hobbies include traveling, wood-working, high-performance cars, and car restoration. 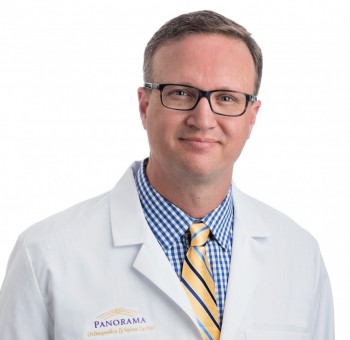 What to Expect from Ganz Osteotomy Surgery

Recovery from a Ganz Osteotomy

Step into the Operating Room with Dr. Hugate - Watch him Perform a Ganz Osteotomy

* Please note this video includes images that are graphic in nature

A Specialist in Complex Orthopedics & Reconstruction

Dr Hugate is a specialist in Complex Orthopedic care.  He performs complex reconstructive surgeries necessary to preserve limbs following major bone loss.  This type of loss can occur due to cancerous or non-cancerous bone or muscle tumors, infections, or failed joint replacements.  He has the most extensive training in complex reconstructive techniques and he is sub-specialized in Orthopedic Oncology and the treatment of bone and muscle tumors.

Dr Hugate is a hip preservation expert performing advanced reconstructive procedures such as Ganz Osteotomy for hip dysplasia, as well as, complicated hip reconstructions and revisions.

Dr Hugate is also considered an expert in limb preservation and is known nationally for his expertise in complex orthopedics and the most advanced orthopedic reconstructive techniques. .

Michael's Story of Overcoming Cancer with the Help of Dr. Hugate

Dr Hugate is a specialist in Limb Preservation, using the newest and most advanced reconstructive surgical techniques. He sees patients that are at risk of losing a limb due to trauma, infection or disease.

Dr. Hugate in the News

April 2017 – DENVER 7 – A veteran from the Iraq war has new lease on life, thanks to cutting edge technology.

Jace Badia was injured in 2006 by a roadside bomb, leading to a traumatic amputation above his left knee. Now he walks freely, thanks to a prosthetic leg — but it’s technology unlike any you’ve seen before.

April 2017 – DENVER — A local veteran has taken his first steps after a groundbreaking surgery about six weeks ago.

Jace Badia lost the lower part of his leg after he was hit by a roadside bomb in Iraq in 2006.

March 2017 – DENVER (CBS4) – It has been two weeks since two amputees had breakthrough surgery here in Denver. They are the first patients ever to get permanent leg implants designed by a Denver orthopedic surgeon, Dr Ron Hugate.
Watch Here

October 29, 2014—850 KOA Radio, Denver, Colorado. Dr. Ron Hugate, a local Orthopedic Surgeon credits his success in the operating room to what he learned on the football field. Dr. Hugate treats pediatric cancer patients here in Denver at Presbyterian St. Lukes Medical Center, one of the most successful Pediatric Cancer Facilities in the U.S.

October 20, 2014—Becker’s Orthopedic Review, Online. Ron Hugate, MD, of Denver-based Colorado Limb Consultants, has been featured by National Football League and NBC News in the film series “Together We Make Football,” according to a report by The Denver Post.

Colorado Bone Surgeon Singled Out By NFL For Inspirational Teamwork

October 17, 2014—The Denver Post Newspaper, Denver, Colorado. Dr. Ron Hugate, an orthopedic surgeon who takes on the most complex cases, literally saves life and limb. Recently, the National Football League and NBC News featured him in its film series, “Together We Make Football,” because Hugate salvages limbs ravaged by bone cancer.

January 9, 2013—Channel 4 television, CBS Affiliate, Denver, Colorado. Dr. Ronald Hugate has teamed up with college students to improve the lives of amputees. They are designing a permanent artificial leg.

Denver Doctor Visits Afghanistan: "You Do the Best You Can"

November 17, 2010—Colorado Public Radio, NPR Affiliate. A Denver doctor is trying to help amputees live with less pain. Dr. Ronald Hugate and a partner have developed a new prosthetic device that attaches directly to the bone. He was inspired while working as an orthopaedic surgeon in Iraq during the war.

December 6, 2010—Channel 9 television, NBC Affiliate, Denver, Colorado. Dr. Ronald Hugate is creating a permanent prosthetic limb for amputees at Presbyterian/St. Luke’s Hospital Denver. KUSA 9News tells the story of the research and what it will mean to thousands of veterans who’ve lost their limbs.

Local Surgeon Heading to Haiti, With Victim's Limbs on the Line

January 21, 2010—The Denver Post Newspaper, Denver, Colorado. As Dr. Ronald Hugate prepared to leave today for what’s left of Port-au-Prince, Haiti, he worried that a lack of medicine, sanitation and orthopedic equipment would lead to more amputations, rather than reattachments or healing.

August 1, 2006—Channel 7 television, ABC Affiliate, Denver, Colorado. A Metro State student has survived a dangerous form of meningitis but not without losing his hands and lower legs.

Meningitis Took Man's Limbs But Not His Spirit

August 1, 2006—The Denver Post Newspaper, Denver, Colorado. An extreme case of meningitis may have cost Mark Mathers his limbs, but is has done nothing to stop his sense of humor.

A Note from Dr. Hugate

First and foremost:  My team and I strive to deliver world-class care each of our patients. There is no higher level of trust than that a patient gives to their medical caregivers. My team and I understand this, and we are truly honored and humbled that patients entrust us with their care. We do everything in our power to validate and earn that trust.

My philosophy of care is to treat patients as I would any family member or friend. I like to involve patients and their families in their treatment plan and make them a part of their own treatment team. We spend time with our patients: first of all gaining an accurate diagnosis, and then, helping them understand what their condition is and what options are available to them for treatment. Over the years, I have found that well-informed patients who take on an active role in their care are the happiest patients. We offer a wide range of options (surgical, and non-surgical when appropriate) and then look at the pros and cons of each option presented. Together, we put together a treatment plan that works best for you, the patient.

A sincere thank you for entrusting me and my team with your care.

Dr. Hugate has a large number of patients, often with very complex orthopedic issues. For that reason, he has a team of outstanding dedicated health care professionals to collaborate in your care. He has hand-selected each of these providers to be a part of his team. Please take a moment to familiarize yourself with them as they will likely be involved in your care.  If you need to reach Dr. Hugate’s team, please call 720-497-6636. 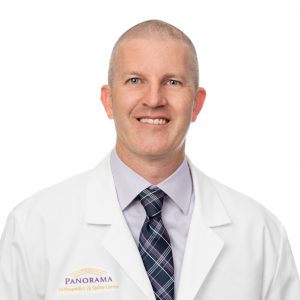