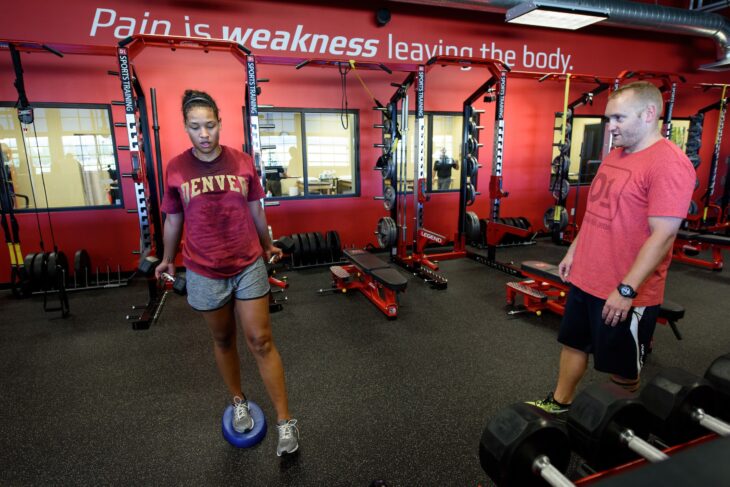 Why Women are More Likely to Injure their ACL

This disparity has been the subject of several research studies as of late. It appears several factors contribute to the increased incidence of injury among women. These include hamstring strength as well as weakness in the gluteus medius and external hip rotators. The good news is that there are proven techniques for reducing the incidence of these injuries.

“The ACL is a major ligament located in the middle of the knee. One of its functions is to help stabilize the knee during rotation. However, male and female athletes put different stress on the ligament when pivoting or landing from a jump,” said Dr. Tim Lehman, a sports medicine specialist at Panorama Orthopedics & Spine Center.

Women also have a narrower notch in the distal femur, the bone just above the knee joint where ligaments come together. So there is an increased risk of the ligament getting trapped or pinched when the leg is fully extended. There also appears to be a relationship between ACL injury and hormone fluctuations during a woman’s menstrual cycle, though that relationship isn’t completely understood.

Contrary to popular belief, ACL injuries usually occur in non-contact situations. For example, patients will be skiing and they catch an edge, or their binding doesn’t release and there is enough force for the ACL to tear. The ACL is also at increased risk with sports involving jumping and cutting, including basketball, soccer, volleyball and field hockey.

About 200,000 ACL injuries occur each year, according to the American Academy of Orthopaedic Surgeons.

“Plyometric exercises involve very specific techniques that should be demonstrated by a physical therapist or trainer with the appropriate training,” Lehman said. “The exercises must be done correctly to be effective.”

Panorama Orthopedics & Spine Center has a long history of working with athletes young and old – both on treatment and prevention.

We created a free ACL Injury Prevention Guide to help you avoid injury and stay in the game.